Of quartos and bogles...

With the recent work on getting ship-shape I have not forgotten about the land-based minis.  It is still my plan to acquire some 28mm minis for skirmish gaming, as the budget allows.  I am looking forward to the release of the WSS line from Ebor Miniatures, as they appear to be wonderfully sculpted.  And the nickers - that is a special subject and one that will require me to plunge happily again into the books for more snippets of information.

Along with the 28mm minis I do desire to collect a smaller scale force for mass battles, either 6mm or 10mm.  The smaller scale will make the appearance of massive monsters more likely, as 15mm or even 25mm minis could be used, and they would be appropriately large compared to the small-scale troops.  10mm WSS minis are available from both Pendraken and Old Glory, while in 6mm they are produced by Baccus.

And the rules.  As time allows I want to try Song of Drums & Shakos.  I dug up some old minis - some Old Glory French colonial troops (?), and some medieval crossbowmen that I will use as proxies to just try the rules. 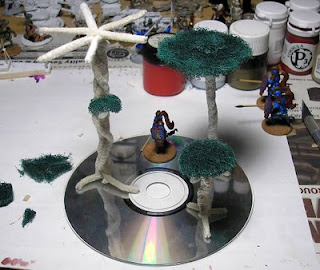 Some of my first trees, specifically for Tékumel, with an Ever Present Glory trooper for scale.  The trunks need to be coated, the tops need flock, and then basing.

A bit of clean-up

AS there is not too much going on at the hobby table at the moment except indecision, my thoughts are turning towards changing around the look of the blog.  Blogger is quite different now, with many new options that are readily available to the casual user.  Now it will not be like the last time I tried to change the look here - no huge swaths of red!

Also, I seem to have picked up an invite to Google+.  Is there anything there that could tempt a tabletop gamer like myself (I do not RP much anymore, never got past the hack&slash part...)

Well, new for my library! 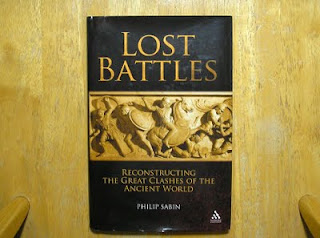 I was able to pick this up for $8 recently.  It has some great reviews and the price was right.  I intend to read through it with an eye for converting it to a more Tékumel-style game, but it could be useful for the oft-threatened ancients project...

With just a bit of effort, I was able to take the plastic masts off the iron dought, and replace them with brass: 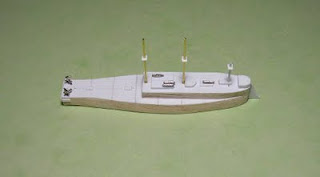 These are much taller than the previous masts, so there will be enough room at the top for spandarions.  I still need to add the bracing but it is close, finally, for paint.
Posted by El Grego at 23:35 1 comment:

A little bit of progress here with my first Tékumel-style naval vessel: 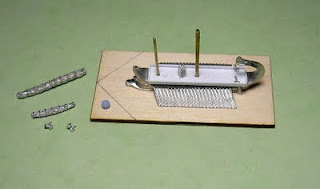 The original mini is a Xyston Hellenistic Quinquireme, which can be seen in its original form here.  In its Tékumel form, it shall be a Tsolyáni Qél.  I have changed around the deck somewhat as compared to the original, and readers of long standing will also notice that yet again I have changed my mind about the masts!!!    The base is a piece of 3mm thick plywood, 80mm by 40mm, from Litko.


It is not quite completely assembled, as evidenced by the parts alongside the base, but it is really coming together this time and I am satisfied with my plan for the ultimate form.

After having taken a 4-month break from this project, the first item on the agenda is to get re-organized.  The rules dilemma for the skirmish games is still milling around and needs to be seen to.  I have an idea that the blending of Ganesha Games' Song of Blades & Heroes and Song of Drums & Shakos would work for small scale actions.  SBH would have material for the nickers and SDS for the troops.  I now realize that I have copies of both of the rules although I do not remember getting SDS (!), and with the long week-end here in the US I should cobble together some minis and try it out!

Speaking of minis, there is a post on the Grimsby Mariner blog about more WSS minis coming out soon.  I have to admit I am not too interested in the new Foundry range - although if some nice infantry vignettes are produced I could change my mind.  There is a new range of minis coming from Ebor Miniatures - check their blog post about WSS minis.  Very nice!

And the ships - I am working on replacing the masts - originally made of plastic, to be replaced with brass.
Posted by El Grego at 07:54 1 comment: