My Ebor Miniatures order arrived a few days ago, and here they are: 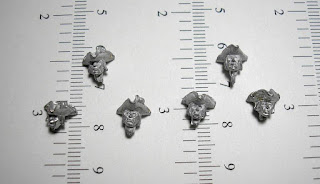 I like the Ebor selection very much.  In particular, the faces stand out in their expressions.  And with the addition of the headless marching versions, there is a wide assortment of poses, however slight, to add life to your units.

Here's a pic with a Wargames Factory musketeer.  There are very similar in height and heft, with the WGF muskeeter slightly taller.  The two biggest differences are in the weapon and the face.  The WGF musket does not have much detail as compared to the one on the Ebor musketeers, and the WGF musket is very slender, delicate even.  The faces are quite different also, with the WGF figures having an odd shape to their eye sockets.  The Ebor faces look much more natural.  WGF does have a wide variety of heads on their sprues, but the recent release of the 'headless' Ebor musketeers along with their head sprue gives a lot more variety in marching poses.

One last note - the sergeant is a two-piece set; the halberd is not cast in the hand.  Also, the headless musketeers do not come with the head sprue; you need to purchase it separately.
Posted by El Grego at 18:41 2 comments:

One of the projects collecting dust (but not forgotten!) on my hobby desk is this little guy: 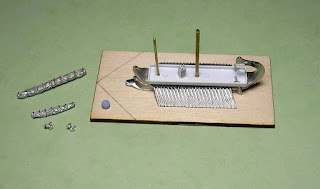 No, I have not made any actual 'progress' on the Qél, mostly because something was bothering me about it.  Something just did not look right.  Actually, it is several things...  First, the 'castle' as seen in the mid-deck seems very small - it could hold two maybe three marines at most.  Second, the steering oars near the stern of the vessel do not seem to be as prominent in the drawings of Tékumeli vessels in Qadárdàlikoi.  Third, the masts seem a bit close together.  But, that is just a symptom of another issue - the Xyston miniature is not quite the right length:

The piece of balsa is the average length of a Qél according to Qadárdàlikoi.


Despite the issues, I like the Xyston ships, but future builds might be slightly modified.  I'm thinking of omitting the steering oars and the foremast from the Qéls built after this one.  The Qél above will be kept in this configuration, and will be an archaic design kept around because it was some Tsolyanú admiral's first command.

Thanks for the quick shipment from The Warstore, I have a box of Wargames Factory WSS plastic miniatures.  Here is a couple of quick pics: 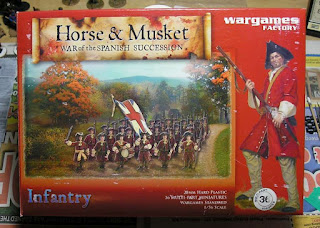 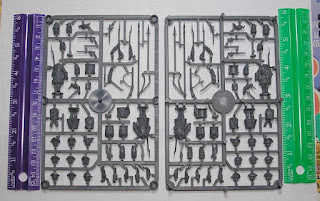 These do not look too bad so far; I have to admit that I originally planned to use the box just for bits for conversions, but I will put a few together and see how they look.  I did notice right away that the weapons, especially the muskets on the marching miniatures, do look rather thin and might not be capable of much handling.  On the other hand, the amount of pieces on each sprue (12 sprues per box) is amazing.
Posted by El Grego at 11:23 1 comment:

Well, I have finally stuck myself into the fray and ordered some miniatures - 1 box of infantry produced by Wargames Factory, and about a dozen single infantry figures from Ebor Miniatures.  The WGF box should be here soon...
Posted by El Grego at 13:58 3 comments:

The prize has arrived! 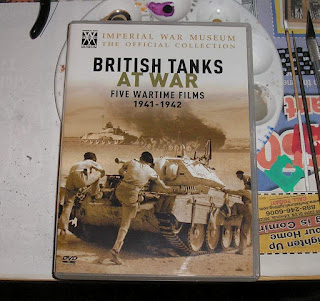 As mentioned over at Big Lee's blog, I won a nifty DVD in a prize drawing.  And it has arrived!


Kudos to the Imperial War Museum for making the product 'All Regions' - yes it does work on my Region 1 machine; and many many thanks to Big Lee for the give-away!  I am going to give it some thought and see if I can come up with something around here that I can give-away in a similar fashion...

As noted at The Tékumel Foundation website, Professor Barker has passed from this mortal realm.  I never had the pleasure of meeting the man in person, but his passing is still a bit of a shock to me.  Later today, after doing the necessaries around the house, I will remember the Prof in the only way I can:  by starting to re-read, for the uncountable time, his first novel The Man of Gold, pore over his army lists and magazine articles, and maybe even put a little paint on some of the Shén miniatures waiting patiently on my desk.  It is the only way I can honor the man - by keeping a tiny part of his legacy alight.


Thank you Professor Barker, for sharing your creation with all of us.

Color me shocked and amazed, but I have won a prize draw for a nifty-looking DVD.  Big Lee over at his blog posted a contest for a prize give-away last week.  The steps were simple - be a follower of his blog (if you do not already follow along there you should) and post a comment.  So I did, fueled by my recently renewed fascination with AFV's due to my involvement with World of Tanks.  Lo and behold, I was chosen as the winner!

After quite a bit of distraction from this project, I am ready to give it another go.  Perhaps I just needed to set it aside to let my thoughts come together for the right approach, or most likely it is the promise of some hobby funding for my fast-approaching birthday!

I am trying to put together an order for some 28mm miniatures and trying to decide between Ebor Miniatures and Front Rank Figures.  Both companies produce beautiful miniatures.  Ebor is the newcomer, with a limited selection at the moment, with many new figures to be produced soon.  Front Rank is the well-established standard to measure all others.  There is still some time before the funds are available, so I will research it some more and get some input from my chief artistic officer (my lovely wife)!

The naval aspect is also being reviewed.  I am wondering if I should stay at 1/1200 scale or move to another, perhaps 1/900 or 1/1800, although the largest rams would be 'very' large even in 1/1200 scale.  Fleet actions or skirmishes between squadrons will be the deciding factor and I am still working on that - either one works for my gaming table!
Posted by El Grego at 10:10 2 comments:

Progress has been lacking here, but I hope to rectify that shortly.  I've been busy with work and distracted by online computer games, but two things should help that:

1  -  Setting up a schedule.  I seem to need an actual schedule for my hobbies; a bit weird I know but if I do not then it is all too easy to slip back into web surfing and game playing

2  -  A hobby budget.  It will not be huge, but having an amount set aside every month for hobby expenditures will make a difference.  Typically I just wing it and hope to get stuff 'when I can.'  One stipulation set on the budget by the household CFO (my lovely wife) is that the amount does not carry over into the next month - spend it or lose it.  That does not seem to be the most economical way to approach it, but the amount should be enough to purchase a fair amount of miniatures, and my slow painting pace is not conducive to mass quantities.


Hopefully this all works!