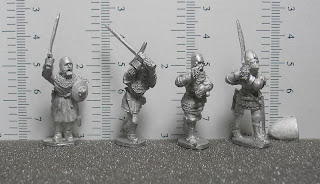 OT01 Command
This is the first set of command types from Claymore, usable by the Scots and English forces.  One shield, pictured at right, is included in this set. 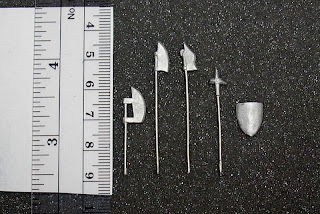 WP01 Weapon Pack 1
And, for more variety, Claymore offers a Weapons Pack with more bills and shields.
Posted by El Grego at 19:51 No comments:

I hate to admit that there are some miniatures in my collection that need to be stripped (yes, ones that I have painted myself!)  Now, there are a lot of different methods and materials for paint stripping, but one that is often bandied about is Dettol.  Unfortunately, it seems to be a product of the UK and not generally available in the USA, until now... 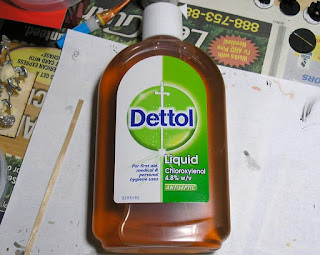 I now have a bottle of Dettol (hopefully the right stuff), and it is available in the USA via Amazon; it ships directly from the UK.  I ordered a small bottle just to see if the hype is correct - we will see as I have already dunked a miniature into a glass jar of the stuff!

As yes, yet another blog!

This one I am hoping to keep strictly history-based, using the awesome miniatures from Claymore Castings as a basis.  Now, the battles might not be historical, but historically plausible.

This will be a slow-boiling pot, as I have other projects on the go but I do hope to give this some attention.
Posted by El Grego at 19:50 No comments:

And now, a closer look at the Langton ships: 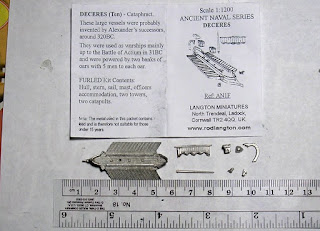 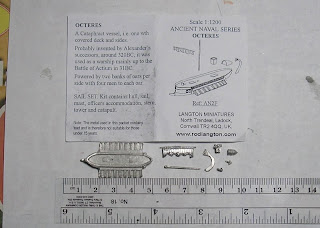 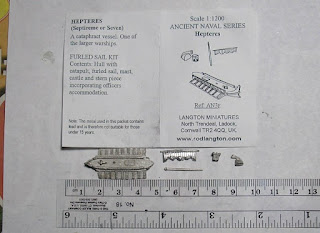 These are among the largest ancient ships that Langton makes.  For Tékumel, they will fill the role of the zírunel, the largest of the common classes of warships.  I believe that they are larger warships plying the oceans of Tékumel, but they are rare and I will not worry about them, for now... 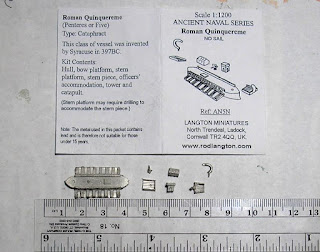 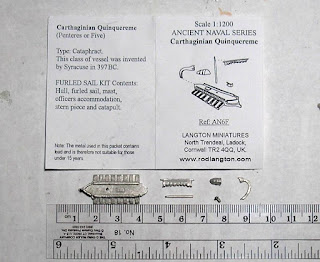 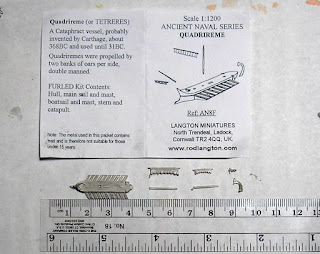 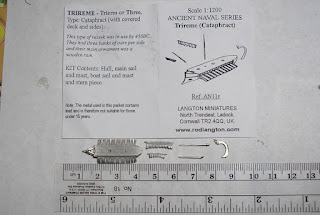 The next step down in size, these are slated to represent the qél for my Tékumeli navies.  I was pleasantly surprised to see that the relatives sizes of these miniatures are very close.  This will allow a lot of variety, not only for different navies but also within a particular empire's navy (Langton has other miniatures of this size that I have yet to purchase). 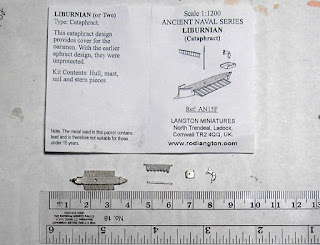 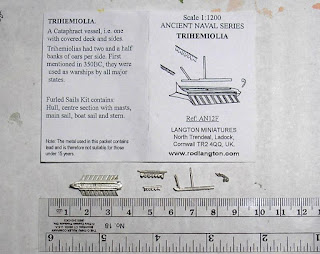 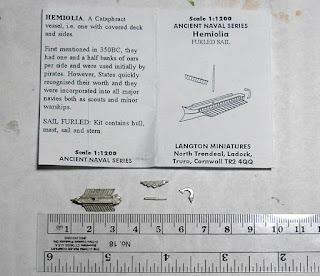 These three miniatures are markedly more narrow than the previous four, as well as being slightly shorter.  For Tékumel, I think these will work as the srügánta, although the hemiolia is a bit smaller than the other two and might be better as a séscha.  Out of these, the liburnian is especially appealing with the stern platform.

Overall, I am quite pleased with the appearance of these miniatures.  There is still work to do, as the representation of a séscha is not fully set yet, and there are a couple of trireme variants I would like to look at before setting it all in stone (heh) for the building of some flotillas.

The first flotilla of Langton Miniatures (ordered through Waterloo Minis) has arrived: 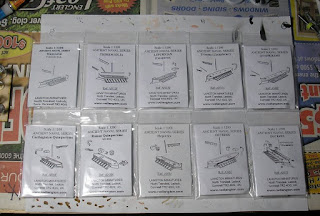 They are looking good so far; I just need to sort them out by size to match their Tékumel counterparts.  I think that I will need a few more samples as the smallest ships types might not be covered...

I'm trying to decide if I should set a different course on this project, due to several factors.  My source of very inexpensive Xyston ships has dried up; table space for a game is at a premium, and I still have nagging doubts about the Xyston ships themselves - they just do not look right.  So, I have taken the opportunity to order a small sampling of other ships - 1/900 Valiant ships, and 1/1200 from Langton.

The first set of ships has arrived - from Valiant: 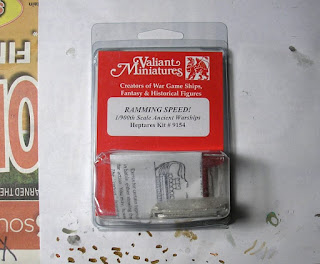 A trio of Heptares.  Although a length for the miniature is given on the Valiant web site, I was still surprised at them.

Here is a closer look: 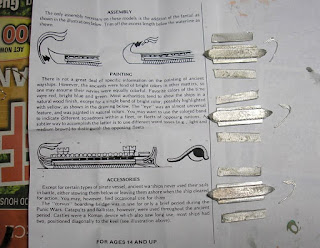 Looks like assembly will be straightforward, although I seem to have too many starboard-side oar banks (see the bottom ship in the above pic).  I will send off an e-mail about that.

No matter what scale I finally choose, and I can see using a combo of 1/900 (for larger ships) and 1/1200 (for the rest especially cargo ships), I intend to use some of the ideas found here.

Slow but steady progress on the first element of my Ahoggyá: 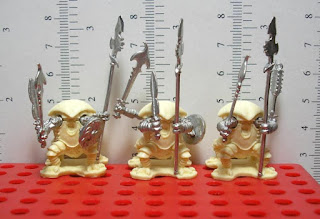 These miniatures are a fun build!  I have noticed a few things, though.  With the main body being resin, the long pewter arms/weapons tend to make the miniature top-heavy, which has led to some minor frustration as I have tried to assemble them.  The second item of note, which is purely my own fault, is the orientation of the shields on the left arms.  In the pic above, you can see my concern - the shields are angled downward, which makes the colorful Tékumel shields hard to see.  In future builds, I will correct this.

If one looks closely at the right-most Ahoggyá, one will notice a problem - the right rear arm is missing!  Why?  Because I broke it while trying to bend it into a different position: 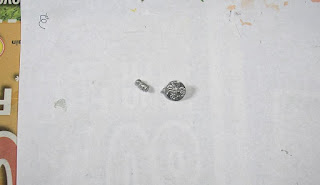 Here it is prior to pinning it back together.  Looks like I get to try my hand at repositioning a shield sooner than I had previously thought...