Legion of Ever Present Glory, part 18 (and Mríssa too!)

A small measure of progress on the painting table today: 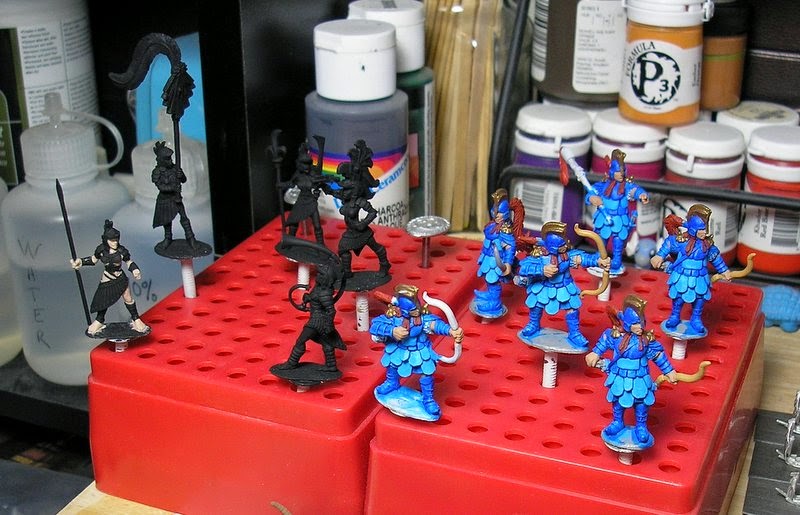 In this not-so-great pic, the archer cohort of my First Legion of Ever Present Glory troops has been visited by the paint-laden brush!  The armor is mostly done, now the bows, quivers, tunics, and other small details need to be finished.

Also in the pic above is the command cohort of my Arídani Legion of Lady Mríssa troops.  Nothing has been done to them for a long time, other than the first dabbings of flesh-colored paint on the first miniature.  I think that these miniatures are going to be among the hardest to paint for my Tsolyáni force, as the details are small and delicate and it will take some careful painting.  I am wondering if I should just paint over the slender chains fastening their skirts with flesh, then go back over the chains with a dark wash and a metallic drybrush.  It might make the process some what faster.

Agenda and other issues

Well, now that 2015 is rolling along, how about another one of those posts about what might get accomplished in it???

First off, 2015 has been declared the unofficial 'Year of Tékumel', as it was 40 years ago that the RPG Empire of the Petal Throne, by MAR Barker, was printed by TSR.  In honor of that, I am going to continue to work on my Tékumel miniatures, always with an eye to completing the goal of finishing my Ruins of Thámerü scenario, someday.  I have a fair number of Tsolyáni forces waiting for the production of the bulk of their opposition, the Yán Kór, to resume.  In addition to the Thámerü forces (an element-based force), I would like to get some skirmish forces together for Tékumel as well.

Alongside these troops, the Tékumel naval project waits patiently in the background.

Not to be forgotten is my Mesoamerican project.  This one is going to be a bit slower of a wick to burn, but there are many miniatures to choose from.  Hopefully the budget will hold up to the task.  Some progress has been made, including this: 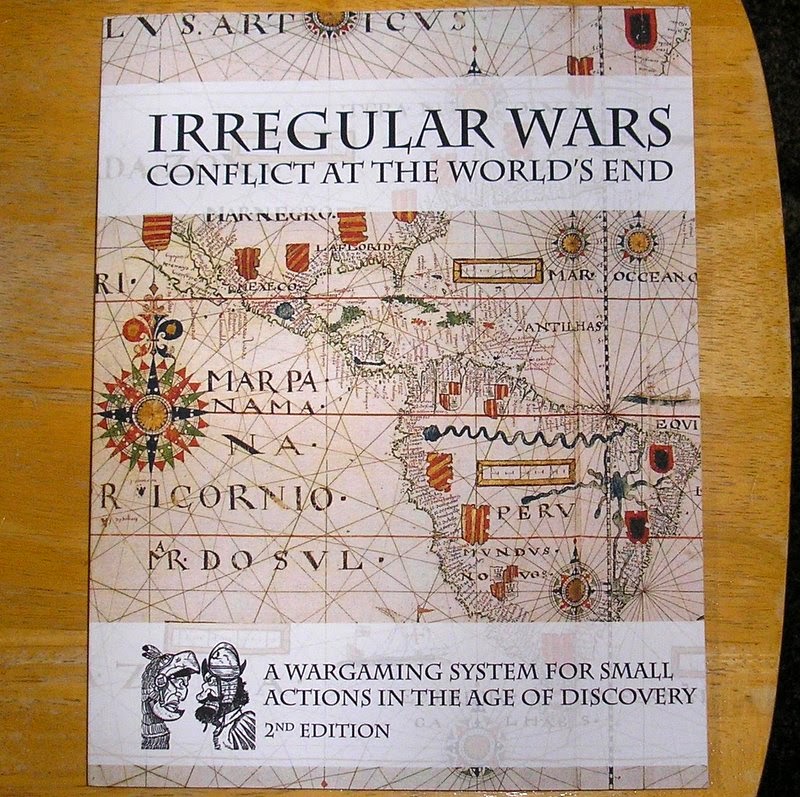 This is the 2nd edition of Irregular Wars, a rules set based on small unit forces during the Renaissance, including army lists for European, Mesoamerican, Middle Eastern, and Asian armies.  It has only just arrived, so a more detailed review will be forthcoming.

The medieval project, based around the fine miniatures from Claymore Castings, is being put on hold for the time being.  Just too much on my plate right now.  Besides, my lovely wife is more interested in the Mesoamerican stuff...

Speaking of a plate full, I also received this recently: 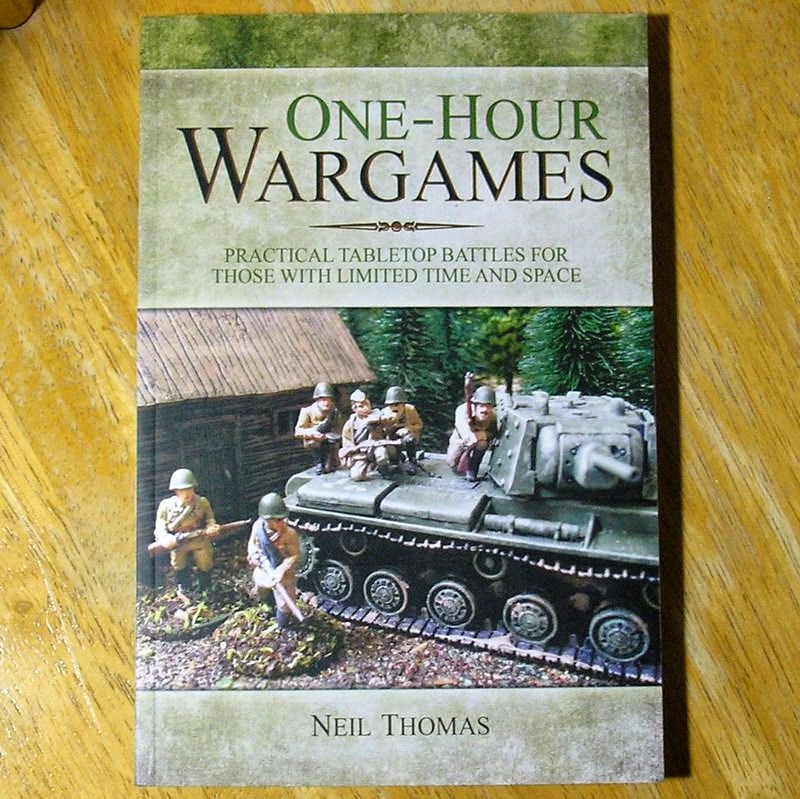 The latest book from Neil Thomas.  I will flip through the pages with starry eyes, and dream of one day having yet another project to accompany the many fine scenarios listed in it!  I can almost see starting up a 10mm project for the Seven Year's War... 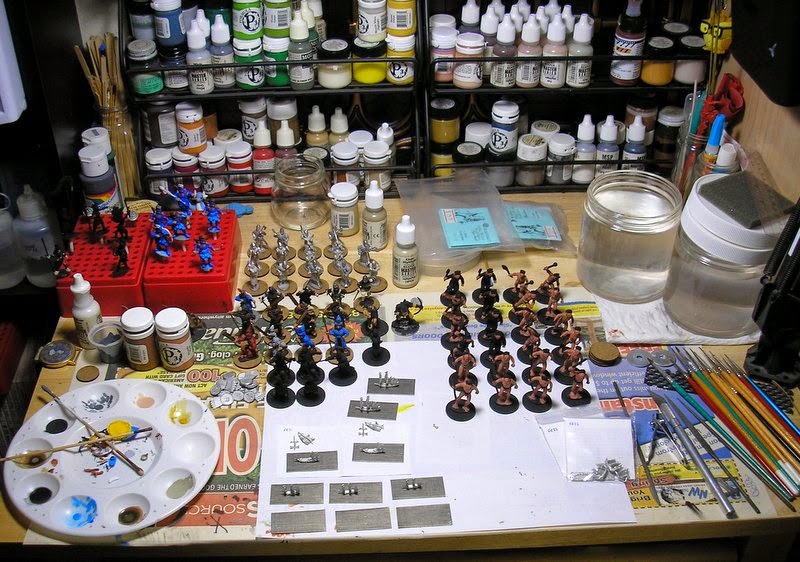 My painting table as of today.

I will try to have a more substantial post later.

It has been a little too quiet on this blog, but there have been some stirrings of late.  Just before the holidays, I had the inklings of getting the troops (and monsters!) back onto the painting table.  Also, there is a nice little project that another enthusiast has been working on which has put some energy back into this project.

There are a few things that I need to straighten out first:

1.   The first quarto of my Boschenburg troops need to be finished - they are mostly done;

2.   Baskets need to be completed as well - a couple are finished, but the grinnlings and that big fellow from last year are waiting;

4.   Basing - my little experiment with Warbases did not work out so well as I ordered the wrong sizes!  However, subsequent orders, for other projects, have shown that they should work well.  Now, do I stick with 20mm or go to 25mm for the humans?