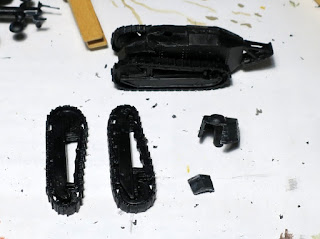 Sorry for the poor pic, but black plastic does not photograph very well.  Here is a test fit for FT #2, along with the next FT's tracks for some reason.  I have cut out the turret doors so I can place a TC figure in the turret.

The TC will come from one of the fine selection of 20mm tanks crews from Eureka: 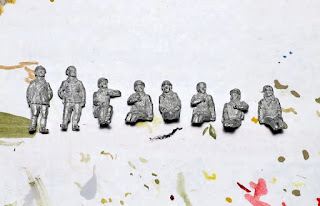 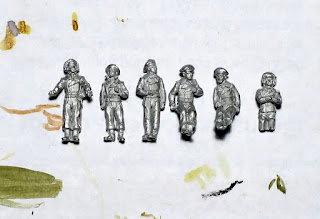 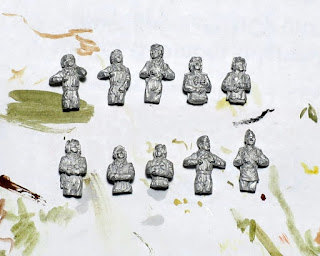 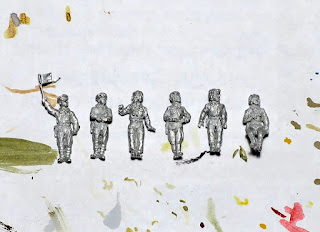 
For the French-built tanks for my Republican forces, I will be using the French crew figures, and Soviet figures for the Soviet-supplied tanks.  I have no definite proof, but it makes sense, to me at least, to use the same nationality crew for the tank.  Uniforms might not be exactly the same colors, especially for the FT-17 crews, but the headgear should be similar.


Now that the first set of FT-17's are being worked upon, I started the first of my Nationalist tanks: 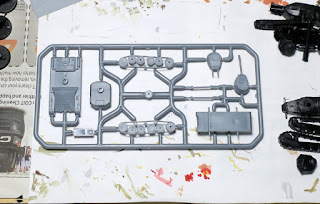 One sprue has all of the parts on these simplified kits.  Two turrets are included, one for the standard twin-MG Panzer 1 and one for the field-modified turret with a 20mm cannon.


Here is a quick shot of the tank park now: 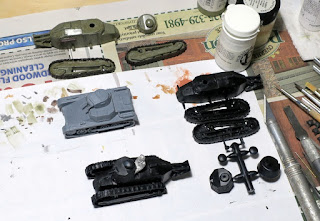 Three FT-17's in various stages of completion, and one Panzer 1a.  The panzer is completely assembled, although the turret is not glued down, and I might add some details before painting.  The second FT shows how the TC will be added to the tank - I just need to make some new doors.  The third FT is awaiting some more attention although the hull is done.  As a significant amount of the hull is covered by the tracks on the FT-17, I am leaving final assembly until painting is nearly complete.

Well now, a line has been drawn in the sand...  Over at his fine blog  20mm and then some, Gunbird has declared a month of kit building, aiming for a kit a day until June 21.  And, I wandered into his trap!  Now, getting 30 kits done in a month seems to be out of reach for me, but it is a nice dose of impetus to finally get myself into gear after the recent slump.

Right off the bat, I worked on that first 1/72 Minairons FT-17 that was half-finished so long ago: 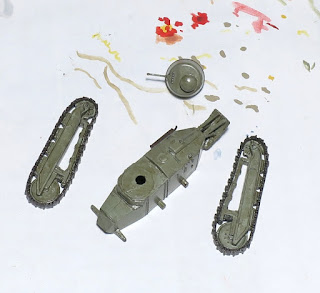 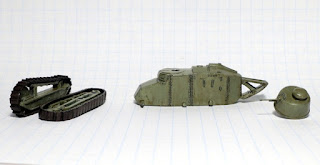 Here it is now, with some weathering and track detail.  The tracks are not yet finished, with some more rust to be added.  The weathering was an experiment using Golden High-Flow acrylics.  The paints are just fine, but I mixed them with an airbrush extender that was glossy (and sticky even after more than 24 hrs).  I expect that the little guy will look much better after some dull coat. 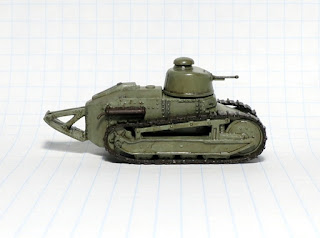 It is not quite finished - the exhaust needs some work, and I want to add some slogans to the hull or turret.  Those should have been painted on before weathering (decals also), but it is a learning curve and it will be all right in the end. 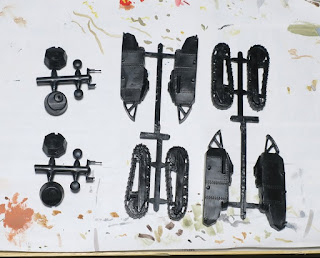 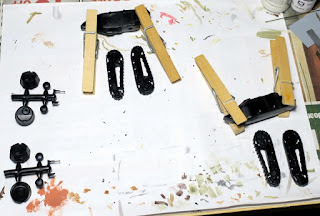 Two more FT-17's have been started.  Actual time for completion - might be some time as I have some ideas that I want to try with the turrets, but the hull will make progress.

Hot on the heels of the planning discussions with my sons, I placed a couple of orders for some more Infinity goodness.  The first of those packages arrived a week or so ago, and here are the contents: 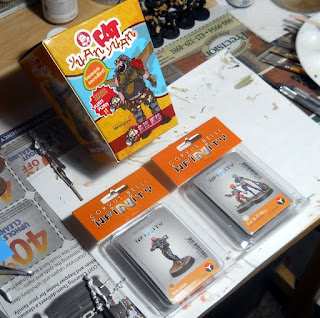 After looking at faction troop lists, and hearing my sons discuss their own factions, I decided that some reinforcements were needed.  Zoe is a hacker, which seems to be very important in Infinity, as hackers are, in a fashion, the ECM/ECCM units of the game.  Intruders are a type of medium infantry - a bit more armor and firepower than the usual troops.  And 'Fat Yuan Yuan' is a special character, a mercenary weapon of mass consumption.  He is infatuated with getting his next meal from Lo Pan's Noodle Hut!  And yes, the box he comes in is shaped like a Asian take-out container...

One more box was in this group: 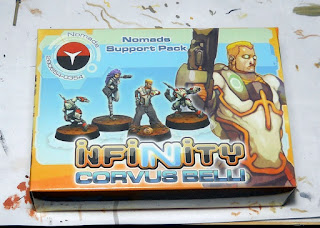 This Support Pack contains a medic (Daktari) and an Engineer (another hacker) along with their helper bots.

At this point, I think that I have plenty of figures to start.  I have seen some interesting special characters and units that I might try to get, but after that I should be set for a long time.  My force is not quite balanced, but I am not concerned with that as I am just going to play as I can with my crazy set-up.


The second package - some goodies from Antenociti's Workshop - has yet to arrive, stuck in Customs I suspect.


To go with all of these figures, I had to purchase some more of this: 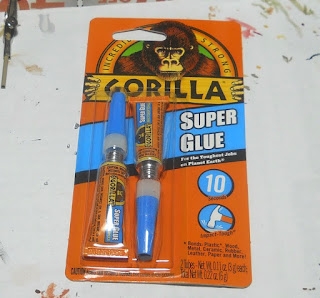 The last tube I had went thick and not-very-sticky in the long period of time since I needed it.